But extended interface statistics is not all. The netlink plugin can also gather statistics from Linux' traffic control subsystem, i. e. the bytes and packets that passed a certain qdisc, class, or filter. I'm afraid there is no one sentence answer to what all that is, but there's an article in the LARTC FAQ which tries to explain that. If you have a traffic shaping or QoS setup and you need or want to know how much traffic is going over which qdisc or class, this is the right plugin for you. 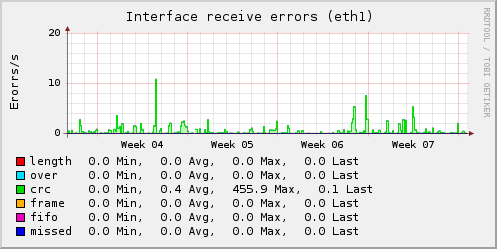